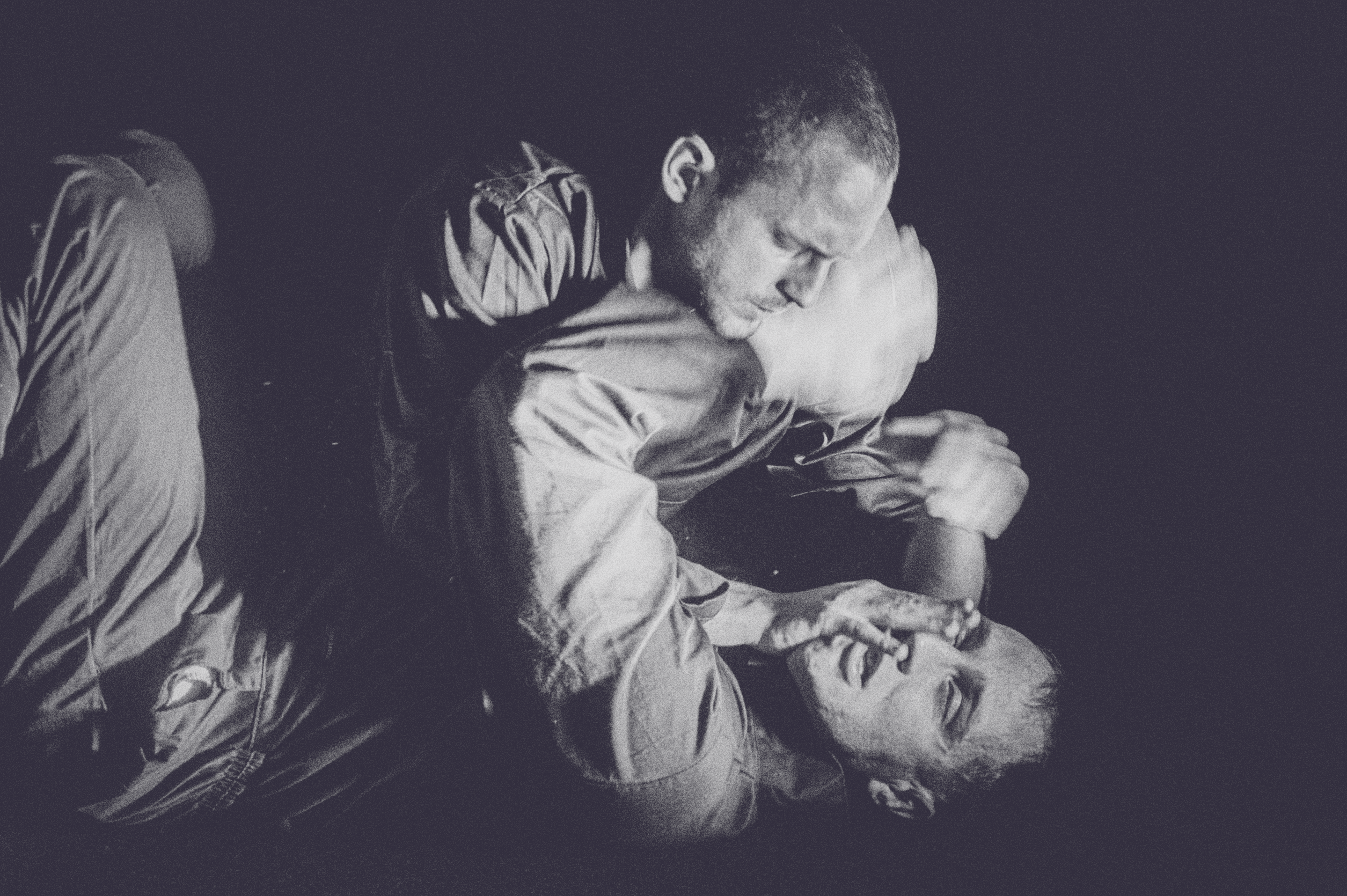 Caution! “The Socket” is a high voltage performance! In this performance, the actors revive minimalist electrical objects (wires, plugs, sockets) on stage in an experimental way, creating characters for the revived beings, engaging the spectators in an unpredictable, comic plot of the play, full of absurd elements.

The literary inspiration for this theatrical hypnosis comes from the fables of Ivan Krylov, which with their simplicity and straightforwardness aptly complement the entirety of the play. The moral lessons ending the fables, in the opinion of the creators, do not explain, but instead, deceptively simplify or even discredit this ambiguous, unsolvable, constantly misleading and changing world of ours.

Drama director Motiejus Ivanauskas, representing the young generation, together with the team of actors take us, the spectators, into a certain (un)substantial labyrinth, in which, confronted with the comically generalized clichés of our thinking and affected by the tone of ironically intellectual performance, we dare to admit with a smile on our lips – there is nothing generalized, meaningful or clear in our lives.

“The Socket” was created in 2021, during the creative process of the modern puppet and object theatre laboratory “SurReality Check”, which took place at the Theatre “Lėlė”.