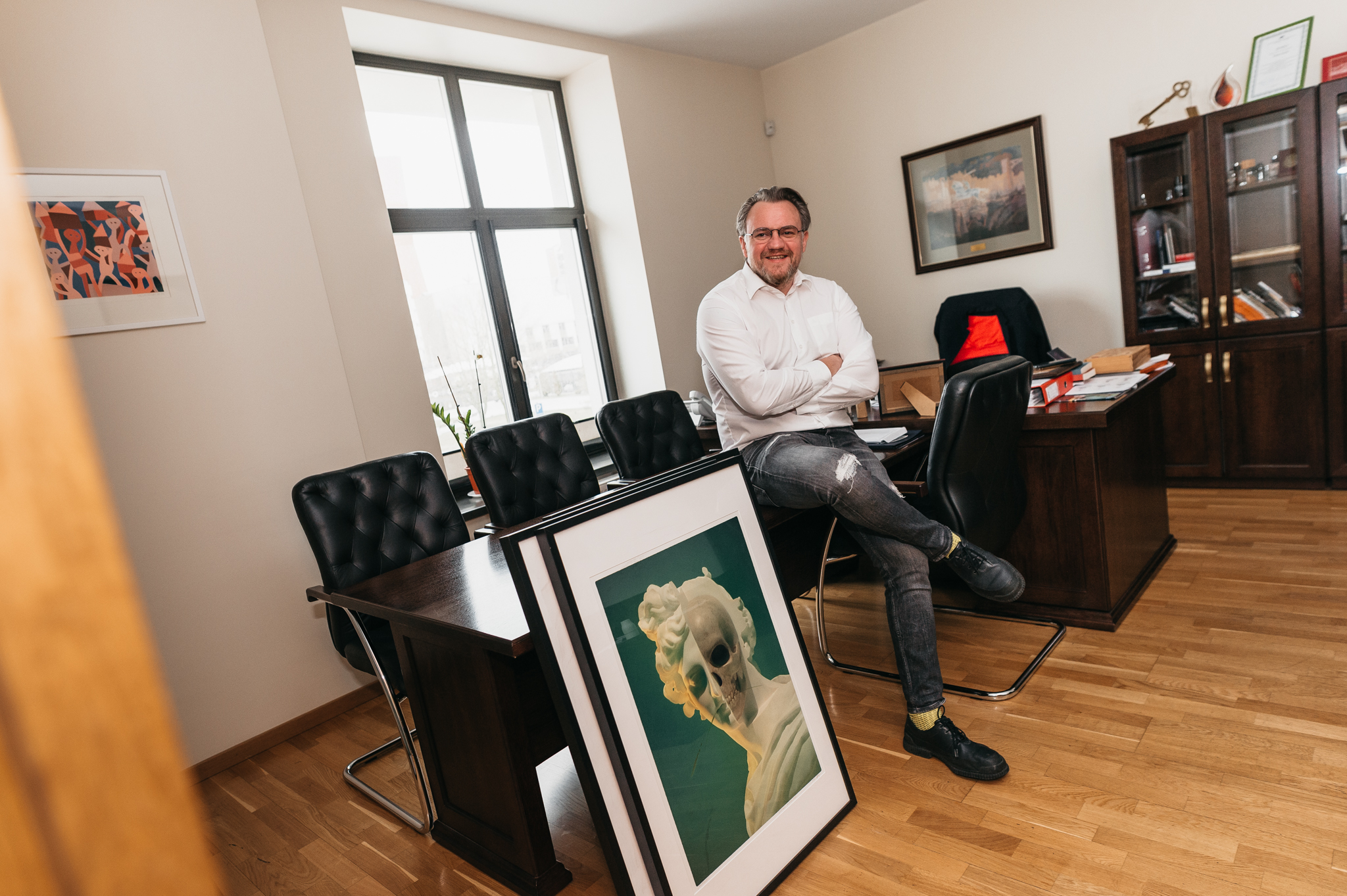 ONCE AGAIN LITHUANIAN THEATRE SHOWCASE WILL TAKE PLACE DURING “THEATRIUM”

In the middle of May an international theatre festival “TheATRIUM” will take place in Klaipėda, lasting all June. After tight restrictions of the last couple of years, a full programme will be finally presented to the audience. It will be an intensive week, dedicated to Lithuanian theatre showcase and international programme, embellished with famous names well-known throughout Europe.

“Our festival is about theatre, freedom, a free human being and the values important to him or her, – says the theatre manager of festival organizing Klaipėda Drama Theatre Tomas Juočys. – A topic of war has been escalated in the theatre for a very long time now. As if anticipating something, lately theatre enthusiasts have been producing more performances on the topics of resistance, fighting and partition of the world. But it was really hard to believe that one day we will be preparing a festival in a war zone”. Theatre manager has also remembered that for the past couple of years everyone was talking about having to work in the odd and interesting circumstances, but lately they have become even more acute. “All the circumstances are against theatre – we found ourselves in a war zone, Europe is fighting, the whole world is fighting – but we can no longer hide and say that only Ukraine and Russia are fighting. There is little humanism in times of war and theatre is exactly about humanism and a human being. So our voice needs to be heard, all events are important and the festival is highly important not only because of the theatre itself and the evolution of the audience, but also in a humanistic sense – life goes on, people have feelings and express them”.

In this context this year’s motto of the “TheATRIUM” sounds symbolic – “Vivos Voco” is an allusion to the poem “Song of the Bell” by Friedrich Schiller, written in the end of the 18th century. The poem describes a long and complicated birth of the bell, its first powerful tolling. “Vivos Voco” (“I call the living”) is only a part of the phrase. “I call the living, I mourn the dead”, – that is a quote commonly found on a bell. – says “TheATRIUM” artistic director Gintaras Grajauskas. – We don’t use the second part of the phrase, but the hint is clear. We came up with the first part of the phrase that has become our slogan way before the war, back then to us it was associated with fading pandemic. I think that now, in times of war, this motto has become even more pressing. We hit home. I hope that a bell, celebrating the victory of humanism, will eventually be cast and raised, I hope it will toll”.

Another validation of life in the face of war is cultural communication with Ukraine. “This country being at war, being attacked doesn’t mean it no longer has culture or theatre – they have everything, but they’re fighting and it’s difficult for them to work, to produce and show performances. We can contribute by providing a platform to work”, – says T. Juočys, contemplating the changes in the festival programme, caused by war. After festival organizers overcoming all the logistic challenges, international “TheATRIUM” programme is able to present a Tamara Trunova performance “Bad Roads”, based on the play by Natalija Vorožbit. It was initially staged in the Kyiv State Drama and Comedy Theatre on left bank of Dnipro river. After the war had already started, creative team of this production was awarded the Taras Shevchenko National Prize, which is equivalent to the Lithuanian National Culture and Art prize.

The international programme will also present “The Tempest” (by W. Shakespeare), the latest production by Italian director Alessandro Serra, who won the audience with his skilful accuracy last year. Polish theatre “Song of the Goat Theater” director Grzegorz Bral will arrive for the first time with his own interpretation of W. Shakespeares’s “Titus Andronicus” – “Andronicus-Synecdoche”, which will be shown alongside “Uncle Vanya” (by A. Chekhov), created by Oskaras Koršunovas and a Catalonian theatre star cast.

Perhaps the biggest news of this year’s “TheATRIUM” – Lithuanian theatre showcase is back in full force. This is a concentrated presentation of latest Lithuanian theatre for the visiting representatives of international festivals. “Performances for the showcase are chosen by democratic voting, our team consists of theatre workers from various fields, thus we maintain a broad view, without forgetting that the main goal of showing those performances is to sell them to our foreign guests and their festivals”, – says Kristina Žiogaitė, Head of Cultural Affairs & Customer Service Department. According to K. Žiogaitė, even though the target audience is guests from abroad, Lithuanian theatre showcase programme is built to be easily accessible to the local audience as well. “This year we will present 13 performances in six days and we already see that Lithuanian theatre really interests the spectators, since the tickets are bought in advance. We are really glad about it and highly recommend our audience to take the opportunity and become Lithuanian theatre experts”.

The first Lithuanian theatre showcase took place in 2019 and according to K. Žiogaitė, this year it was way easier to organize than three years ago. “It was all new and nobody knew for sure what it had to look like exactly. But it seems that we did a great job, since we managed to reach our goal, to make new contacts, sign agreements. Also, a couple of theatres took their shows abroad after being invited by foreign festival organizers during the showcase. So this year we were working very consistently, some groundwork was laid in September, foreign experts got their invitations to participate in the showcase at the very early stage, so that they could book the necessary dates in advance. Right after the first invitation an active sign-up process has started, we have sparked interest in many different countries: France, Italy, Germany, Nigeria, India, USA, Serbia, Taiwan and many others”, – noted K. Žiogaitė.

During the second invitation to the showcase, with the help of the Lithuanian Culture Institute, a virtual presentation took place and Lithuanian Cultural Attachés were spreading information through their own channels. “To this day we have 52 foreign representatives, which is already slightly more than we have anticipated. We are pleasantly surprised by such intense interest in our showcase from experts, since it proves that the world knows about Lithuanian theatre and that the work we do has meaning. Everyone is expected here and we are trying our best, so that foreign theatre experts not only enjoy the best of Lithuanian theatre, but also have an opportunity to enjoy all other beautiful must-see locations, cultural spots in our city, our heritage and, of course, our nature”, – sums up K. Žiogaitė.